Rap, which stands for rhythm and poetry, saw its first mainstream success in the late 1970s and early 1980s. The genre originated in the black communities of the East Coast of the United States - New York and New Jersey -.

Early rap acts, such as The Sugarhill Gang and Kurtis Blow focused on the rhythmic nature of rap to make upbeat party music. However, the genre quickly became politicized with artists such as Grandmaster Flash and the Furious Five, NWA, and Public Enemy using their songs to talk about the horrible living conditions in the poorer parts of America under the presidency of Jimmy Carter and Ronald Reagan the two forefathers of giving large tax cuts to the rich and of trickle-down economics, which have led to our current economic situation where income inequality is worse than is has been since the 1920s.

​Simon Reynolds explains the nature of this new wave of 'real' or 'conscious' hiphop:

"In hiphop, ‘real’ has two meanings. First, it means authentic, uncompromised music that refuses to sell out to the music industry and soften its message for crossover. ‘Real’ also signifies that the music reflects a ‘reality’ constituted by late capitalist economic instability, institutionalised racism, and increased surveillance and harassment of youth by the police. ‘Real’ means the death of the social: it means corporations who respond to increased profits not by raising pay or improving benefits but by what the Americans call downsizing (the laying-off the permanent workforce in order to create a floating employment pool of part-time and freelance workers without benefits or job security)" (Reynolds, 1996) ​

​While culturally important because of their message, those early rap songs often offer little in terms of literary depth. Take, for example, the first verse of "The Message" by Grandmaster Flash and the Furious Five:
The main literary feature of this verse are the end rhymes, some of which are even slant, or imperfect, rhymes (noise/choice; back/bat). There is only one instance of an internal rhyme on line 2 (stairs/care), and a barely noticeable alliteration on line 6 (baseball bat).

The message of "The Message" is what makes the song culturally important. The lyrics paint a vivid picture of the living conditions in the ghettos of New York City in the 1980s and the youth's nihilism:
​
The rappers feel that ​black youths in America are not given a fair chance to succeed and feel like they must become hustlers or pretend to be someone or something they are not in order to make it out of poverty. This general feeling of hopelessness in black communities contributed to sustaining the crack epidemic, which led to Reagan's and Clinton's war on drugs, which resulted in the mass incarceration of young black males. For an interesting read, look up Gary Webb, an investigative journalist who found proof that the CIA was smuggling the cocaine and crack into black communities who ended up dead "by suicide" with two bullets in his head. 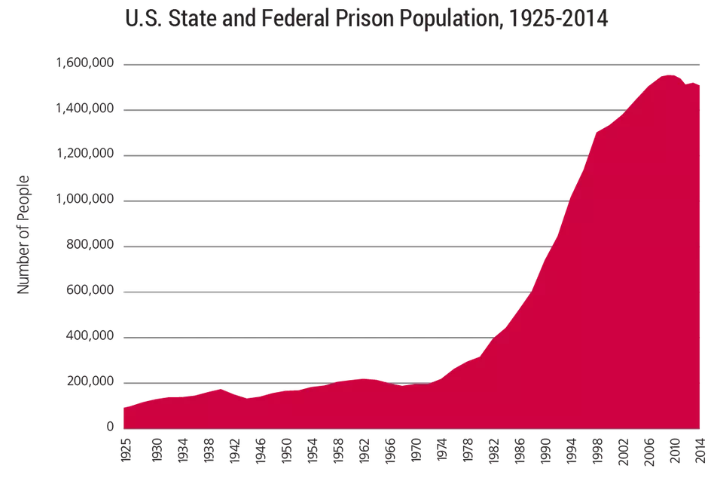 For a crash course in rap terminology and influencial rappers, watch the following video essay by Vox.

Alliteration:
the occurrence of the same letter or sound at the beginning of adjacent or closely connected words.
Early Eminem albums contain many great examples of this device.
Double entendre:
A phrase which can have multiple meanings, all of which make sense in the given context.
Here we have a rare example of a triple entendre. Urkel is a reference to a nerdy character on the sitcom Family Matters. The name of the family on the show was Winslow.
The three readings of that sentence are:
(1) Winslow, the name of the family
(2) Wins is low, you do not win often
(3) Wind's low, you are exhausted
Punchline:
Similar to a joke with a lead in and a surprising twist.
Here, MF DOOM sets up his joke by having three rhymes in "-ishes", which suggests a very obvious ending to the final line.
Metaphor:
A figure of speech in which a word or phrase is applied to an object or action to which it is not literally applicable.
Contrarily to a simile, the metaphor does not require the use of comparative words such as "like".
Simile:
Same thing as a metaphor, except that you introduce the comparison with words such as "like".
​
Multisyllabic rhymes:
Rhymes that extend beyond the last syllable of a line. Sometimes full sentences can rhyme with one another.
Intertextuality (references):
When a work of art makes a reference to another work of art. This is extremely common in rap music. It is often done to pay tribute to the original artist.

Before you read the lyrics to Kendrick Lamar's "The Blacker the Berry", watch this live performance from the 2016 Grammy Awards.
​Highlight the previous section with your mouse to see the answers. See how many of them you had identified and think about the significance of each of them. Why would Lamar want to include so many elements of African culture into his performance?

Six in the morn'
Fire in the street
Burn, baby, burn
That's all I wanna see
And sometimes I get off watchin' you die in vain
It's such a shame they may call me crazy
They may say I suffer from schizophrenia or somethin', but homie, you made me
Black don't crack, my nigga

I'm the biggest hypocrite of 2015
Once I finish this, witnesses will convey just what I mean
Been feeling this way since I was 16, came to my senses
You never liked us anyway, fuck your friendship, I meant it
I'm African-American, I'm African
I'm black as the moon, heritage of a small village
Pardon my residence
Came from the bottom of mankind
My hair is nappy, my dick is big, my nose is round and wide
You hate me don't you?
You hate my people, your plan is to terminate my culture
You're fuckin' evil I want you to recognize that I'm a proud monkey
You vandalize my perception but can't take style from me
And this is more than confession
I mean I might press the button just so you know my discretion
I'm caught in my feelings, I know that you feel it
You sabotage my community, makin' a killin'
You made me a killer, emancipation of a real nigga

I'm the biggest hypocrite of 2015
Once I finish this, witnesses will convey just what I mean
I mean, it's evident that I'm irrelevant to society
That's what you're telling me, penitentiary would only hire me
Curse me till I'm dead
Church me with your fake prophesizing that I'ma be just another slave in my head
Institutionalized manipulation and lies
Reciprocation of freedom only live in your eyes
You hate me don't you?
I know you hate me just as much as you hate yourself
Jealous of my wisdom and cards I dealt
Watchin' me as I pull up, fill up my tank, then peel out
Muscle cars like pull ups, show you what these big wheels 'bout, ah
Black and successful, this black man meant to be special
Katzkins on my radar, bitch, how can I help you?
How can I tell you I'm making a killin'?
You made me a killer, emancipation of a real nigga

I'm the biggest hypocrite of 2015
When I finish this if you listenin' then sure you will agree
This plot is bigger than me, it's generational hatred
It's genocism, it's grimy, little justification
I'm African-American, I'm African
I'm black as the heart of a fuckin' Aryan
I'm black as the name of Tyrone and Darius
Excuse my French but fuck you — no, fuck y'all
That's as blunt as it gets, I know you hate me, don't you?
You hate my people, I can tell 'cause it's threats when I see you
I can tell 'cause your ways deceitful
Know I can tell because you're in love with that Desert Eagle
Thinkin' maliciously, he get a chain then you gone bleed him
It's funny how Zulu and Xhosa might go to war
Two tribal armies that want to build and destroy
Remind me of these Compton Crip gangs that live next door
Beefin' with Pirus, only death settle the score
So don't matter how much I say I like to preach with the Panthers
Or tell Georgia State "Marcus Garvey got all the answers"
Or try to celebrate February like it's my B-Day
Or eat watermelon, chicken, and Kool-Aid on weekdays
Or jump high enough to get Michael Jordan endorsements
Or watch BET 'cause urban support is important
So why did I weep when Trayvon Martin was in the street
When gang banging make me kill a nigga blacker than me?
Hypocrite!

Now that you have listened to the song and read the lyrics, please go complete the short quiz prepared for you on Teams. While the quiz in itself is formative, I will not evaluate your midterm oral presentation if you do not complete it. You have to demonstrate that you are making an effort to engage with the topic and to push your thinking a bit deeper.

Before you start working on your midterm oral presentation/thinking about your topic and thesis statements, please watch the following video to get a better understanding of the BLM movement and race relations in the United-States in 2020.
Full instructions for your presentation can be found in the document below: